When in the mountains, the eyes open early in the morning, as if to embrace the cool fresh air. We woke up, finished our morning chores, and left for a six hour drive to Daporijo. Before leaving Ziro, we spent time visiting a temple devoted to Lord Shiva where a giant stone exists in the form of a linga; an earthly metaphor for the almighty God of destruction. There was nobody around in the temple, until eventually a simple plain clothed priest came to greet us out of nowhere, a bright smile upon his face. We prayed to the stone and were blessed upon by the young priest.

Continuing our drive, we passed through the quaint farmlands of Ziro Valley for one last. Though the journey ahead was in a broken down road, the presence of breathtaking scenery made up for the difficulty. Monsoon’s magic was visible everywhere – in the valleys which remained carpeted in layers of lush greenery. We passed quite a few tribal villages on our way and everywhere Donyi-Polo flags soared high. We were in simple lands –the houses all built from wood, the villages small and tidy, the children careless. We stopped for lunch late in the afternoon, somewhere in a nameless and forgotten Himalayan town which was covered in mist. The ordinary food was eaten swiftly by our hungry stomachs. We had no idea where on the map we were, rather, I wished these lands remain forever unknown and unmapped. In our modern interconnected world it is hard to be disconnected, but driving down in this faraway high mountain broken down road, I felt free, as if nothing connected me. I was free from dependence. With dusk approaching, the entire landscape soon disappeared behind a blanket of grey fog, and then it was a dark, cloudy and moonless night where if not for the car’s headlights, all that could be seen was pitch blackness.

Sometime late in the evening we finally arrived at Daporijo. The town was a mess; dirty, disorganized and unattractive. There were no hotels around which had a decent and clean bed. Frustrated, we headed to the government run guesthouse where the tribal manager was least interested in giving us a room. As per regulations, we needed the written approval of a high ranking government official to procure a room. For the next one hour, we drove around Daporijo like fools hunting for houses of government officials. They were all either busy or refused to see us as it was late in the night. Tired and defeated we returned to the guesthouse and spent the next hour requesting/begging the manager to give us a room, until finally he gave in to our relentless pursuit. Though the dinner was tasteful, the night passed disturbingly; none of us able to sleep due to the bedbugs that never ceased to bite us throughout the night.

Though unable to sleep the previous night, a cold refreshing shower was all it took to wash away the weariness. The plan for the day was to drive six hours to Aalong and absorb the sights we’d encounter on the way. But as soon as we left Daporijo our drive was cut short. The only bridge over the Subansiri River which connects Daporijo to Along was broken down and would only be repaired by late in the evening. I was delighted. Perceiving it as a godsend opportunity, we decided to drive towards farther and higher reaches of the Subansiri River valley, only to realize by the end of the day how lucky we were the bridge had broken down.

The Subansiri River and the valley it cuts through is undoubtedly one of the prettiest countryside I’ve come across in my life. The valley consists of high, misshaped and remote forested mountains. The river was swollen and muddied it being the rainy season and the forests looked alive, saturated and dark green. The Tagin Tribe is the major inhabitants of the region. Their villages are pretty, consisting of sustainable houses and farmlands, and the men and women walk in pride, carefree. Though it was hard to find anyone wearing traditional attires, we did come across two elderly Tagins who wore an old world charm and expression, reminding us that we were in a world forgotten in time, faraway from civilization. We drove till we reached a small Tagin town called Taliha where we found a charming old pipe-smoking lady selling wild rat meat, a delicacy in this part of the world. The townsfolk; men, women, children, were all busy buying and bargaining for rats, not bothered by our intrusion. They were all friendly and were happy to pose for photographs. It was almost afternoon and we decided to return back to Daporijo. Thankfully, the repair work was over by the time we reached, but it was quite late in the afternoon. After a quick lunch, we decided to drive towards Along even though it was soon going to be dark. We were low on money and couldn’t afford to stay another night. Sometime before dusk, a mysterious fog spread over the Subansiri River like a white mischievous carpet, and that was the last I saw of this river, before another cloudy night prevailed and rendered everything invisible. My eyes shut down for a long peaceful sleep until late into the night when we reached Aalong. The town was dead and everything was shut. But luck was in our favor – we found a hotel, we even got a discount, and they even served us dinner at a time when no eatery in entire Aalong was open. It was day well utilized, a splendorous day immersed in Subansiri’s grandeur. The forces of the universe had played their part. Everything was and is meant to be!

The oldest Apatani I came across 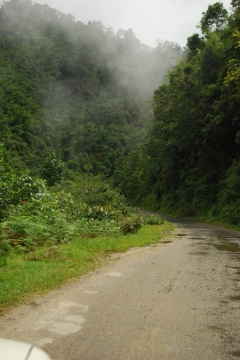 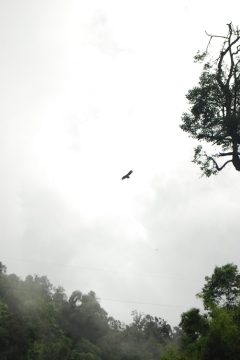 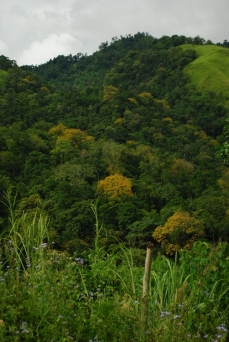 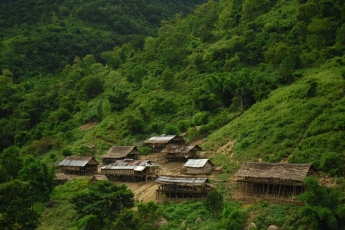 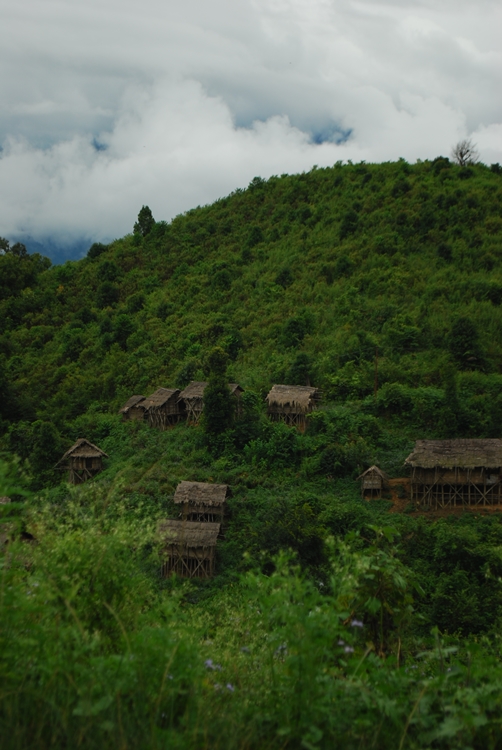 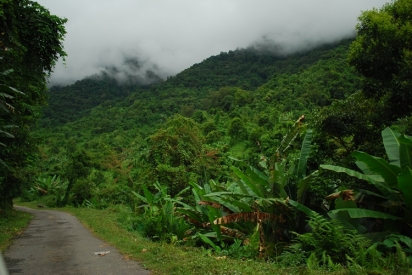 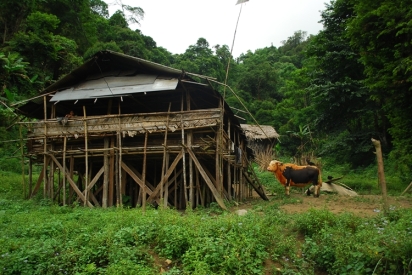 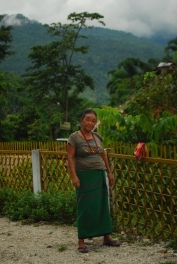 Spectacular countryside of the Subansiri Valley

His smile made my day

Would love to live here

Hanging bridge over the Subansiri River

Where time ceases to matter

The Subansiri in all its magnificence

This old and proud Tagin elder walked least bothered with anything

Typical house of a Tagin

Carpeted mist over the Subansiri

Another dark night in a faraway world